The importance of saving coral reefs by the adverse effect of climate change hasn’t been in the popular issues to discuss among people, however, a large proportion of the population is still unaware of the fact that coral reefs are our ocean’s lungs. The land plants produce about one-third of the oxygen we need. The rest of the oxygen comes from the ocean.

Coral reefs extinction profoundly impacts all species from marine life to humankind. In the last three decades, due to carbon footprint, half of the world’s coral reefs have died and if the process continues, those will be completely gone by 2050 resulting in the devastation of an entire ecosystem and with it, the terrestrial species as well. 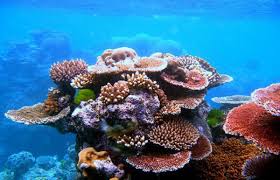 Even though the coral reefs occupy less than 0.2 percent of the seabed, their annual earnings scale up to 29.8 billion dollars, through tourism and provide about 375 billion dollars worth of goods each year. The Great Barrier Reef itself generates 1.5 billion dollars every year for the Australian economy. In addition to the socio-economic factor, the reefs also contribute to environmental protection in reducing the damages in the case of hurricanes, storms and in some cases tsunamis as well by absorbing wave energy and absorbing elements from the ocean. This remarkable quality that coral reefs posses, not only protect the marine life but also help the terrestrial habitat in a great deal.

Coral reefs provide habitat to over 25 percent of marine life. They support more than 800 coral species and more than 4000 species of fish. Since reef fishes are a significant source of protein, a large portion of the human population depends on food taken directly from the reef waters. It is also viable to know that there is a high chance coral reef will be put to medical use as well for the treatment of diseases like cancer and HIV.

Why is there a profound degradation of coral reefs over the years?

Over the years, due to careless human activities, the coral reefs who survived thousands of years of natural changes are gradually getting perished. Almost 50 percent of the reefs have already been destroyed due to several causes including climate change, over-fishing, water pollution, coral-mining, coral bleaching, sedimentation, careless tourism, etc. Overfishing and destruction of fishing techniques facilitate the use of cyanide and explosives which creates a colossal wreck. The average temperature of the ocean is increasing by 0.1 percent every year, which make sit difficult for the corals to survive since they cannot survive in warm temperatures. The unprocessed urban and industrial waste are constantly dumped in the ocean that poisons the reefs on a large scale. 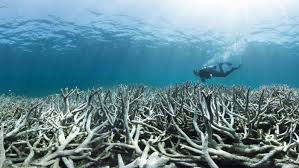 What can we do as a responsible inhabitant of the world?

The least we can do in our part is spread awareness about the importance of coral reefs among our people for the prevention of any further reef damage. In addition to that, while most of the people indulge in gifting corals by picking up from the reefs. Let’s not do that. Even touching a coral can stir up the coral sediments. Conserving water also takes protecting the reefs a long way, since the less water we use, the less wastewater will revert to the ocean. The sunscreen we use to enter the ocean must be reef friendly. Planting a coral on the local coastline also works wonders. We can volunteer for local reef and beach clean-ups as well.

Over the years, many coral reef restoration organizations have come up with the mission of saving and planting coral reefs such as the Coral Reef Alliance, Coral Gardeners, Coral Restoration Foundation and many more. These organizations are an inspiration for the present and the upcoming generation, to get out of their shells, and plant one coral at a time to save the world. 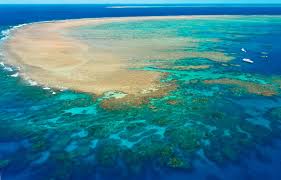