We live in a country where finding animals like dogs, cats, birds,  cows or even monkeys on the streets is not a surprise. As amusing as this may seem, when it comes down to taking care of their health, these stray animals are often ignored. Even the people who own pets are rather dubious about providing a single bowl of water for the stray. These living beings are not only deprived of love but also lack vaccination and health care. They are often found roaming around the streets with open wounds and cuts, some abandoned and some born with an unfortunate past.

This is when Purabi Patra, stepped up and started an NGO named, Animal Welfare Trust Ekamra (AWTE) under which she organized projects for the welfare of the stray, before opening a permanent shelter. Purabi Patra was a faculty in the field of marketing management in various universities who later resigned from the stream to devote all her time to AWTE with her members and become an animal activist.

“I strongly feel that all animals are equal and they deserve to be treated equally.” - Purabi Patra, founder of AWTE

In 2016, Patra started organizing small projects like Project Boond which encouraged residents to place small buckets or pots with water for the animals which will provide them a bit of relief against the scorching heat of the summer. This project was followed by another named Feed a Stray day, which encouraged people to lay out food in containers for stray animals. The success of these small projects triggered Patra to start a crowdfunding campaign on India's largest crowdfunding platform, Milaap to buy land for AWTE, which then consisted around 50 rescued stray animals including dogs, cats, birds who had been deserted, orphaned, disabled, disease-ridden or victims of accidents.

By 2018, Purabi and her members rented land for executing AWTE shelter which then, gave aid to more than 60 dogs, around 40 cats, chickens, rabbits, goats, birds, monkeys, etc.

AWTE encourages people to adopt more stray animals than buy. Patra is a vegan and encourages others to adopt the same.

Numerous adoption camps and awareness programmed have been conducted under the guidance of AWTE, to apprise the community about their cause. In 2017, AWTE also conducted an All Odisha Animal Lovers Meet, which was joined by 80 enthusiastic people.

"Last year, it was conducted in Bhubaneswar. We want to continue the tradition, but do it in different cities of Odisha" Patra said.

Currently, AWTE runs purely on consistent donations and has a steady number of volunteers and reinforcements helping out at their shelter. In 2019, AWTE managed to move and get a larger land of about half acre, in the countryside which provided space for more rescued animals, equipped with an ambulance for emergencies. The number of animals in the shelter as per recent figures have been updated to over 80 dogs, over 60 cats, 5-6 monkeys, several rabbits, birds, and goats.

AWTE strongly ascertains that building shelters alone are not the solution. The objective of shelter should be to reduce the need for animal rescue. One of the ways to achieve this objective is to educate children from school level about the need and importance of looking after and showing compassion for the stray animals to keep them away from accidents or cruelty, and also to educate the existing adults to be sensitive towards the same and take part in activities to end animal cruelty and discrimination. The commendable work by AWTE guided by this noble cause is an important example that shall drive thousand of others to work towards the greater good for the world. 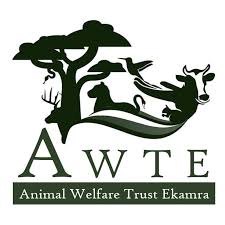