Girls in the name of work or love are misled or abducted every year from remote areas and are forced to enter into flesh trade. Childhood is snatched away from kids, they are sexually abused and victimized to serve to needs of atrocious sinners.

Human trafficking is one of the most grievous criminal activity growing worldwide, rather it is the second-largest and fastest increasing criminal industry on this globe. Mostly women, kids and those who migrate to some other places in search of jobs are prone to this. Child begging rackets, flesh trade, and organ trafficking are some purposes that these offensive practices are serving. Ever since cosmetic surgery started becoming popular, human skin trafficking is also emerging as another exposure to these illicit trade. So we also need to think over our priorities.

Guria, an NGO based in Varanasi is helping thousands of minors, girls, and individuals who are victims of human trafficking. It has been more than 20 years since they have been fighting tirelessly against an offense as heinous as buying and selling of humans and their body organs as if they were no more than lifeless, emotionless objects.

In the year 1993, a team of 23 started working on this noble cause. They have a study center located at Shivdaspur which is also a very old red light area in Varanasi. Kids of active workers in the red light areas are looked after and taught there. Along with this, Guria also works with police and administration to raid the places where girls and kids are kept that have been brought by trafficking. Back in 2015, police raided a place with the help of Guria, they freed around 1500 minor girls aging from 8 to 15.

Human trafficking and Guria’s struggle against it

Trafficking and its severity

According to global slavery index, 2016

§  18 million individuals from India itself are contributing to this

§  Trafficking generates an income of around 185 to 190 billion dollars

§  Out of those 99 billion dollars alone is generated by prostitution ( ILO report, 2014)

§  75% to 77% of women enter into flesh trade through trafficking

Guria is based in Varanasi but its area of work is Pan India. In UP, girls, and kids are trafficked from Nepal, so in collaboration with border police and armed forces and also local police they help to identify trafficked individuals and also, help in raids. Some of their achievements are listed below –

§  In their historic rescue operation, they rescued 150 individuals from Allahabad red light area

§  154 kids, who were before trapped in a red light area, have found livelihood and adopted it outside of it

§  Total children served by them are 6800, currently, they are supporting schooling and vocational training of 5400 kids and 460 of them are admitted to formal schooling.

Initiatives taken by Guria and its Achievements

§  Litigation has been filed in public interest against traditional prostitution like devadasi prathaa in Supreme Court.

§  Filed public interest litigation in the high court against the misuse of hon’ble high court protection orders by traffickers in case of abduction of minor girls.

§  Filed public interest litigation in the high court against the misconduct of police, labor department and administration in case of rescued bonded labor.

§  Filed a PIL in the high court for justice and compensation to a 3-year-old rape victim of Varanasi.

§  Filed a PIL in the high court for compliance of Rule 12 of JJ rules in the determination of the age of victims of human trafficking and sexual exploitation.

§  Two landmark judgments at the SC to reject the bails of 14 very prominent human traffickers.

§  Achieved a landmark judgment in SC against bail for human traffickers.

§  Filed a PIL in the high court for the rescue of minor trafficked girls in the red light area of UP.

§  Landmark judgment by the high court in PIL filed by Guria on the creation of a victim compensation fund and its expeditious disbursement.

§  Set a precedent through the Supreme Court rejecting fake custodies of rescued victims.

§  Prevented reopening of 61 seized brothels at Allahabad through the high court.

Only rescuing victims does not ensure that they will never be victimized because traffickers leave no stone unturned to track and recapture them. Guria also makes sure that rescued victims should never be trapped. In the beginning, they also taught kids of sex workers but soon did they understand the severity of the problem and started their efforts on a bigger scale. They have separate stage groups who keep performing a street play to convey their message in public. They also run campaigns in rural and remote areas that are prone to such criminal activities. 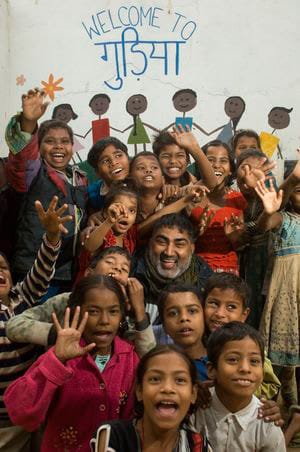