The Environmental Science of a Vegan Diet

How many times have you been flagged off because of being a vegetarian or how many times have you attained glory by putting down a vegetarian friend? The question which seems to howl in the air might leave you a bit uncomfortable at first but the concept which is waiting to dawn on you is as huge as the cause itself. You might wonder why the fervent environmentalists are vegetarian or turning a more severe shade as they call it vegan instead. let me answer that for them. It’s good for the environment. How come? To answer that question let us see what a non-vegetarian diet does to the environment.

While one might suppose bulldozing huge swaths of land to make more room for animals as well as growing crops to feed not the hungry humans but their addiction to meat quite ironic, no one will dare question the menu of their favorite non-vegetarian restaurant. Innumerable folks are still unmindful of the fact that entire ecosystems are being crushed to fuel meat production and that 83% of farmland is set aside to raise animals and to produce grain to feed them. The Environmental Protection Agency (EPA) reports that roughly 80 percent of ammonia emissions in the U.S. come from animal waste which results in the loss of biodiversity by changing the PH of the soil. The ridiculing stats, however, throws light on the hideous side of truth. The mismanagement of land has proved to be hazardous to the environment. The endeavored potential of the land presently being abused seems to have been lost in the dark.

It might be appalling to some yet a single pig consumes 21 gallons of drinking water per day, and that's not the end. A cow on a dairy farm drinks as much as 50 gallons daily. Miserably, the production process takes a lot more than just a few gallons to overrule the hunger of our fellow mates. Processing 1 pound of cow flesh takes more than 2,400 gallons of water, whereas it just takes about 180 gallons of water to make 1 pound of whole wheat flour. Quite amazingly it's not just the quantity that is affected. Each day, factory farms produce billions of pounds of manure, which ends up in lakes, rivers, and drinking water continues to pollute the water while we heartily eat our lunch. The more plants are replaced with livestock, the less water is there to go around.

Carbon dioxide, methane, and nitrous oxide, we all are aware of these gases and how they affect global warming. Our bland attitude towards them reveals our lack of interest. many of us will still be astounded to know that producing a little more than 2 pounds of beef causes more greenhouse-gas emissions than driving 3 cars simultaneously.

California's study found that a single dairy cow emits 19.3 pounds of volatile organic compounds per year, making dairies the most comprehensive source of smog-making gas, surpassing trucks and passenger cars. it is scientifically proven that animals like cows, sheep, and goats—produce methane while they digest their food, and it’s also emitted from the acres of cesspools filled with the feces of pigs, cows, and other animals on the farm. Putting it simply picking a vegetarian diet means sending fourth 2.5 x fewer carbon emissions than a meat diet. This is a wake-up call that few are ready to answer.

Morals have always been expected to line up with convenience. While one might be concerned about the cruelty to animals and the abusive conditions under which they are kept, they might ordinarily disregard the very thought for it comes at the cost of one's gimmick. Being compassionate towards the world's inhabitants has been one of the lessons we were taught very early in life and while we still have the option to change the world simply by changing what’s on our plate; it might seem less attractive to change lanes so abruptly. The picture we all envision is just not limited to the animals but also plays a key to combating global hunger. 700 million tons of food that could be devoured by humans goes to livestock each year and what else is worse than harboring a person dying of hunger while we luxuriously eat our salami sandwich.

Meat, dairy, and egg production has been found to be unsustainable and avoiding them can benefit the environment. According to the United Nations too, a global shift toward a vegan diet is one of the steps essential to combat the worst effects of climate change. Decisions made and the final rules that we adhere to will make the solitary difference in the end. 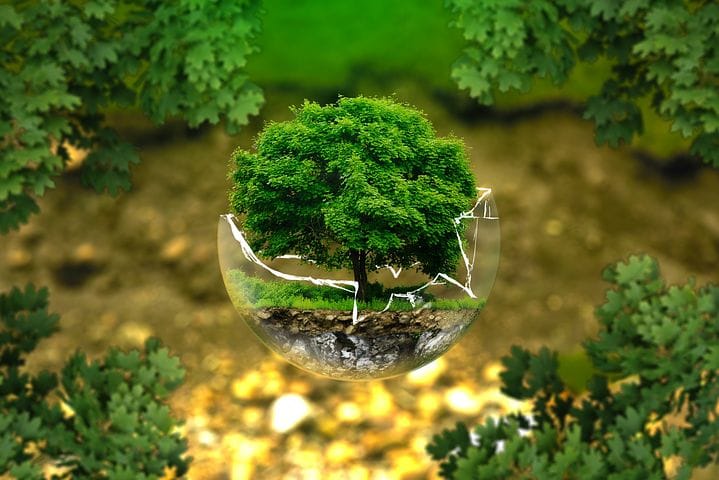