LGBT Awareness By The Means Of Intelligent Visual Content

"Why is it that, as a culture, we are more comfortable seeing two men holding guns than holding hands?"--Author Ernest J. Gaines

This question asked by the famous social realist American author brings out the extremely pitiable state of the mindset of our society. The premise of this question holds true for most of the societies in today's world, which tells a lot about the unforgivingly rigid nature of our notions when it comes to the definition and parameters of love and sexuality.

The very notion that love can be described and bound by some parameters is fundamentally wrong in itself. But here we are, in the 21st century, having such rigid definitions of love and gender, definitions which have been formed by years of religious and cultural overlay.

Such is the stigma surrounding love and sexuality of various kinds that words like gay are used as cuss words. Hate this biased can be traced to a singular broad source- ignorance.

As the pinnacle of life form, humans have evolved to fear, disagree, disown and extinguish things that are unknown to us. Things that we find unusual and asymmetrical to our established system bear with our wrath. But as we grow to learn more about it, we begin to understand the nature of it and eventually find ourselves empathize with it. This is the great power of knowledge. Knowledge leads to awareness and awareness leads to acceptance. Acceptance of unknown and unrelatable.

In this context, it is absolutely necessary for the mass media to create content which can bring the relatively less represented forms of human love to the mainframe. We consume various forms of mass media on a daily basis. This content greatly influences our viewpoints and therefore can be used to create awareness, empathy and a sense of relativity towards the LGBT community.

This awareness and a sense of closeness towards the LGBT community can be instilled, to varying extents, by the means of intelligent cinema and episodic series. Through these visual stories, people can be made to realize and accept every form of love without judgment and learn about their hardships too. Intelligent cinema can greatly alter our prejudices and take us closer towards a more accepting and loving society. Following is a list of visual content that can help us accept the beautiful fact that love and sexuality knows no boundaries-

This is the gut-wrenching story of Dr. Shrinivas Ramchandra Siras, a professor in Aligarh Muslim University, who gets suspended from the job on grounds morality after a sting operation was carried out against him to determine his sexuality. This movie provides great insights into the very hard and unjust conditions that LGBT characters are subjected to by society. It is a must-watch for the Indian audience to realize the prejudices seated within themselves and to make the Indian society a more accepting place for all.

Set somewhere in the rustic orchards of northern Italy, Call Me By Your Name takes you into the world of Elio, a teenager going through puberty and struggling with his sexuality. Elio falls for Oliver, who's staying with Elio's family for a summer. This beautifully crafted piece of cinema takes us through various emotional fluctuations of Elio, his frustration, his coming to terms with his sexuality, falling in love and eventual inevitable separation. The takeaway from this movie can be the beautiful relationship that Elio shares with his parents, especially his father, who is extremely supportive of his son and guides his son to emotional maturity.

This is the story of how two best friends, Amy and Molly, who happen to be academic overachievers, realize on the last day of their school that they might have studied too hard throughout their school lives and should blow out some steam. In trying to do so, they get into various situations which test them on many levels, eventually threatening their friendship. The character of Amy is gay, and her story, her struggles as a normal teenager and the normalcy surrounding her sexuality is beautifully woven in the detailed subplot of the movie. Watch it for the emotionally intelligent story and some hearty laughs.

This is an episodic series which tackles and takes a very firm stand on various social issues prevailing in our society, and that too by not compromising a bit on its entertainment value. A number of ugly faces of the Indian society are unforgivingly uncovered, one of them being the hardships faced by Karan Mehta, a protagonist in the series. We see him face various biases, physical torture, and emotional abuse because of his sexuality. By making a lead character gay and portraying his hardships on various fronts, this series surely deserves to be on the watchlist of Indian masses.

On its face, this movie is about a heterosexual man's battle with AIDS and an inefficient system. But more than that, this movie is a beautiful story about a prejudiced person's change of heart over time after truly getting to know the LGBT community, eventually dying working for their welfare. Woodroof, who is a straight, promiscuous electrician gets diagnosed with AIDS following which he gets ostracized by family and friends. He himself is vocally abusive about LGBT community. But over time, he forms a bond with Rayon, who is a drug-addicted, HIV positive trans woman. This movie is a must-watch for its painfully true description of the hardships of the transgender community, along with the people facing HIV.

A movie about the struggles of coming out as queer to family and friends, this movie takes us through the hardships of being gay and the social blackmailing attached to it. But more essentially this movie is about Simon making it right with his friends after treating them wrongly and accepting his sexuality openly without any shame. Watch it for the pride this movie takes in its relatable characters.

In all these brilliant pieces of cinema, we get to either be in the shoes of an LGBT character or we are introduced to their worlds in the most personal ways. We find ourselves relating to the basic aspirations of these characters. We develop bonds with these characters which in effect challenges our prejudices against this community. Ignorance paves way for awareness and awareness leads to acceptance. Thus, it is absolutely necessary in current times for the development of such intelligent content. 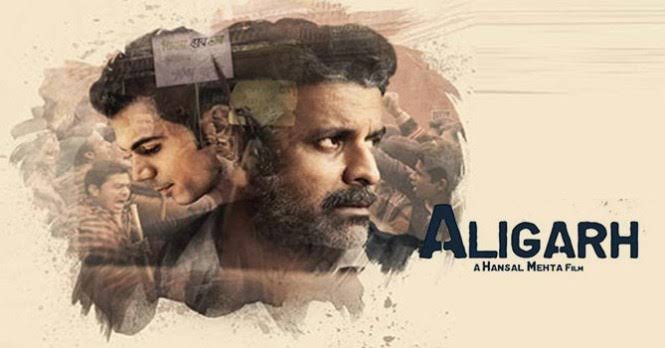