8 PE Category: Self Well Being

Menstruation is not a girls’ problem or a women’s issue, it is the ground reality of human rights violation in the name of myths and didactic norms which aims at curbing the weaker sex of ‘bleeding goddesses only to highlight the remarkable ineptitude and inhumanity of the ‘dominant sex’. From “do not touch the pickle” to restricting a woman’s mobility in her own house to a helpless dropping out of school, these ludicrous and often favored arguments in India are mostly given by a woman for another woman, in what we can claim to be their operant conditioning. The basis of many conduct norms and communication about menstruation in western industrial societies is the belief that periods should be kept in concealment. However, India too fell prey to the highly endorsed aristocratic sophistication of its colonial predators.

Rarely, about the wrongly glorified white pants and stain-free advertisements, menstruation leads to the irreversible banishment of the women folks in certain ethnic groups namely- the Gond and Madiya indigenous group of Central India. The women here are sent outside their villages to a distant basic hut accommodation called ‘gaokar’.  During this tumultuous phase of constant hormonal changes, these women are left to the prerogative of sawdust, dirty pieces of cloth and sometimes even ashes.

Dr. Dilip Barsagade, the founder of a local NGO - Society of People’s Action in Rural Services and Health (SPARSH) has documented his observations as follows: “We visited 223 gaokars in tribal areas and nearly 98% lack even a proper bed, leave alone electricity and other basic amenities. Most of the gaokars have temporary bathrooms made with bamboo” which has been brought to the notice of the National Human Rights Commission (NHRC).

Numerous menstrual traditions bespeak quite different, even opposite purposes and meanings. An instructive example is provided by Ritu Kala Samskaram or Ritusuddhi which is a coming of age ceremony for girls after menarche in South India. The entire ceremony based on speaking a woman’s narrative of menstruation revolves around worshipping the bleeding goddesses, a symbol of sanctity, protection, courage, and power. Based on this celebration of womanhood Fly Higher India (FHI), a Bangalore based Ngo catering to the underprivileged section of society where I served for a year took several healthy initiatives to let women in Karnataka be women and not a subject of shame and whisper. Certain measures taken by us:

1} Teach “Happy Periods” to both young boys and girls of government-aided schools and orphanages.

2} Distributing free pads and different sanitary products every month to the girls of these schools with volunteers teaching them the correct ways of using these essentials.

3} Dividing the girls in the orphanages into small groups of 5 and 6, with a senior girl child as the group leader who would discuss with us issues or requirements related to toilets and clean water facilities. This helped them become confident in speaking for their rights as well as set examples for the younger girls in the group.

With the help of the teaching staff in these schools and orphanages, we have been able in enabling not only the destitute girl child but also sensitizing young boys instilling in them the flavor of equality and positive masculinity.

As much as I craved to see the theme of the movie “Padman” turning into a performing reality, a Jamshedpur based organization named SEEDS (Socio-economic and Education Development Society) fueled my dream come true. Jharkhand faces the problem of rurality and extreme illiteracy which is being dealt with by SEEDS in a deeply comprehensive manner. Little did I ever feel the pinch of buying a highly taxed packet of sanitary pads than I did after my visiting the women’s self-help group of Musabani, in the Purbi Singhbhum district of Jharkhand. These rural women manufacture cotton pads in a proper, well-facilitated factory environment run by women, of women and for women. The doctrine laid down follows an overarching simplicity of producing sanitary pads using Indian manufactured equipment and distributing the packet of 6 pads at a minimal cost of Rupees 2 per packet. Enthralled, I delved into the issue in greater detail only to realize that this was a profitable business which not only promised women a sustainable livelihood but also reduced instances of –

1.      Infection of the Reproductive Tract

This served as an appropriate reality check for me as a menstruating woman myself. And like they say “Charity begins at home” I took an empowering initiative on a personal level. I went around speaking to elderly women and adolescent girls about their experience of periods in my native. New learning dawned upon me that my city was an urban institution just for namesake because it was here that these elderly women asked me to speak low, rather ‘Whisper’ so that no one else on the street heard ‘it’ and I succumbed. What else could I do?

The fault was not theirs, it was in my Convent education that informed me about menstruation at the right age but did not strengthen my roots enough to add a strong tonality to it. So I took to rectify my mistake. Ambivalent and anxious about the phone call with my then Principal I finally saw a breakthrough. The next day, I found myself on the same old auditorium stage addressing the student body, the teaching, and non-teaching staff about “Sssshhh NO MORE”  and the movement gained currency. I now see students once hesitant, no longer feeling awkward to ask for a pad from the office amidst the male staff, no mockery or mumbling behind the back of a girl who might have stained her uniform, medical facilities such a sick room for menstruating students with an attached, well-furnished toilet and most importantly an accepting women-centric ambiance.

I brought this change to a place I thought was on the same page with advancement and modernity only to realize it better than my women folks needed me here more than anywhere else. Educating a topic and then forgetting it is not enough. Discussing the negatives, evaluating the possibilities and broadening one’s parochial knowledge about an important topic like Menstruation is the need for the hour. 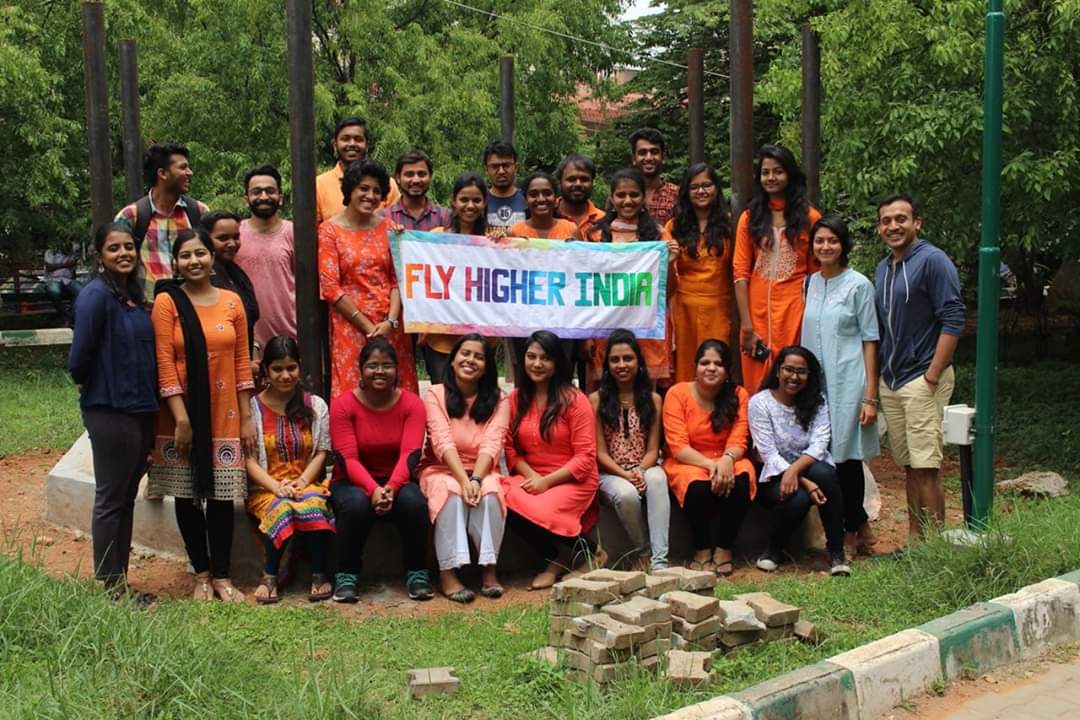