“HEY MISTER GET YOUR TAIL LIGHT FIXED, I’D HAVE MOWED YOU DOWN”

Written and composed by: Dinesh Shukla,LAMARTINIERE,LUCKNOW,1980

It was one of those busy days in office, that make you work till late in the night and then you rush back home to attend to a family reunion, I was heading back on my Vespa,1977 model. The headlight was throwing its full capacity of candelas of light on the road when an aged Law abiding citizen drew his car parallel to me and hurled this piece of advice. I was tempted for a back lash but the octogenarian had already sped past.

I remember this incident today, after graying in years and having faced road rage of youngsters and being a victim a number of times. Today we in India need to be educated about road etiquettes, the most. As this criminal negligence, is leading to roads becoming the death bed of a large fraction of the population using roads as a means of transport, be it highways or expressways. We come to read so many cases of accidents taking place due to carelessness of people on the road and their disregard to Laws, governing driving on roads and motor vehicle fitness.

THE LAW AND ITS PENALTIES:

The Motor Vehicle act provides specific standard to be followed for the installation and working of Tail Lights and Indicator Lights, like

1. Every vehicle must be provided with a tail light.

2. The color of the tail light must be red.

3. The height of tail lights above the ground shall be not less than 350 mm and not more than 1000mm.

4. The tail lights shall be installed at the rear of the vehicle.

5. the tail light must be visible at least from a distance of 400m.

6. Non functional tail lights can draw a penality of Rs 250 for the first time and Rs1000 consecutively with three months imprisonment or both.

The Ministry of Automotive Industry set up a committee in 1986 to setup standards for various equipment in vehicles meant for saftey of the driver and the passengers. This committee gave thirty six such standards. These standards were given recognition by the Ministry of Surface Transport and were incorporated and made mandatory in the Central Motor Vehicles Act 1993 under rule 124. The Standard was further revised in 1998 to incorporate Standards provided by Automotive Research Association of India known as Standard 15.1. This standard lays down regulation for Lighting, Signalling and other indicating systems.

A criminal offence is an act that violates our generally held notions of morality, against a specific victim and society at large. The Motor Vehicle Act(ammendment) Bill of 2017,  Also called Road Saftey Bill was brought in to make driving safer. This bill proposed strict penalties for various traffic offences. The previous penalty of Rs 100 was changed to Rs 500 and of Rs 1000 to Rs 2000 and Suspension of driving licence are some highlights of the bill.

This steady rise in number of accidents, greatly attributed to ‘chalta hai’ attitude of the people. Many of the vehicles plying on the expressway might not have undergone a maintenance for months or more than the stipulated norms of the automobile production company. The shabby condition of most vehicles used in public domain is a normal sight on the roads. The public transport, vehicles already past pliable life, are still running on the road packed to more than the capacity it can carry. They breakdown anytime and become the cause of pileups on the expressways.

WHAT CAN WE DO:

We need to grow up and bring a full stop to such practices. The general public must be educated about the laws of the land and must be motivated to follow the laws not out of fear but as a duty of a law abiding citizen. Let each one of us take the resolution

1.  To read the Central Motor Vehicle Act and its provisions.

2.  Follow a regular schedule of repair and maintainence of our vehicle.

3.  To create awareness among the youth through various like minded social groups.

4.  Spread awareness to future generation through regular seminars and activities in schools of our localities.

5.  Not to drive without helmets or without the seatbelt fastened.

6.  Not allowing children below 18 years to drive.

A small effort in the direction of road safety awareness is being done by:

1. SHUBHAM SOTI FOUNDATION: This foundation was set up in 2010. Since its inception this foundation is educating the school children about road safety. Every year a road safety walkathon is organised on 5th January, this event sees various activities like distribution of helmets. Further details can be seen on www.shubhamsoti.org.

For more such 8PE category of being Law abiding citizen, visit blog https://www.commondove.com/blogs/4/ 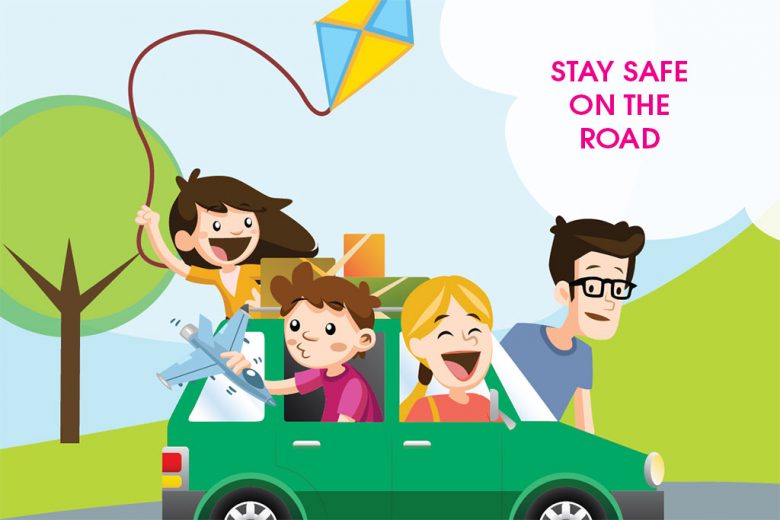